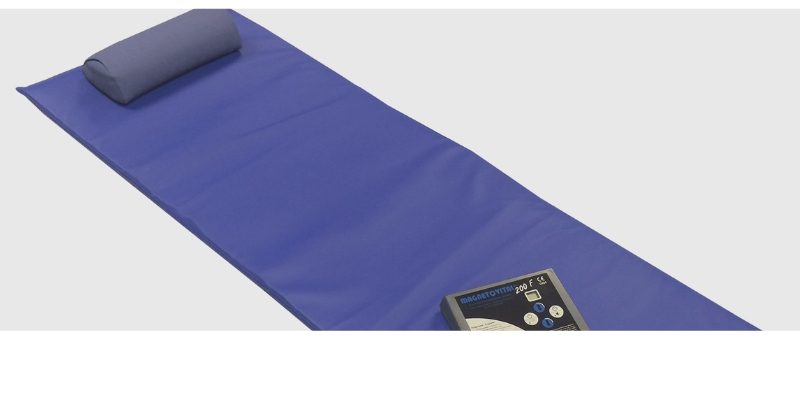 Illness has a draining effect on your well-being and your independence, but you can regain your health by using PEMF therapy like Rani, who was recommended to use it by her physiotherapist.

Rani used the Magnetovital Wellness PEMF mat to help reduce the pain in her upper body and increase well-being to help her body fight off any more infections; she used the vitality programme in the mornings and the sleep programme on an evening for 20 minutes at a time.

Rani explained her problem, “I have been ill since New Year’s Eve suffering from recurrent chest infections. In addition to this, I had acute pain in my upper body. Doctors had put this down to a viral infection. They were also treating me with antibiotics for the chest infections.”

It had been a bad start to the new year for Rani, “I wasn’t able to even shower or take care of myself due to the acute pain and tiredness on a continual basis.” she had been visiting her physiotherapist who recommended that she tried PEMF therapy from NewMed.

Rani tells how she got on with the therapy system, “I tried the mat after talking with Andy from NewMed. After the first week, I started to feel less pain in my upper body. I continued with the program recommended by Andy and after the second week I could actually walk and bend a lot better. I was able to get around the house with less pain and actually look after myself.”

The programmes were easy for Rani to fit into her daily routine, “I was glad that the programs lasted less than 30 minutes in any one session and they were very relaxing too. The ones I had at night did actually aid my sleeping too.”

Rani recovered from pain in her upper body and tells us that also, “after I started the PEMF therapy I have not had any further chest infections either, this may be a coincidence or it may be because of the therapy.”

PEMF therapy certainly contributed to Rani’s recovery, she explains, “I couldn’t 100%  say if my health improvements were because of this therapy, but I feel a lot better and would certainly recommend it to anyone with similar conditions to what I had earlier this year.”

The Pulsed Electromagnetic therapy mat used by Rani can be found here – https://www.newmedltd.co.uk/products/magnetovital-200f