World Health Day, organised by the World Health Organization (WHO) falls on April 7th this year and the topic is Depression: Let’s talk.

According to WHO, depression affects people of all ages, from all walks of life, in all countries. It causes mental anguish and impacts on people’s ability to carry out even the simplest everyday tasks, with sometimes devastating consequences for relationships with family and friends and the ability to earn a living. At worst, depression can lead to suicide, now the second leading cause of death among 15-29-year olds1.

Some people that have depression have reported that PEMF therapy has helped them and in fact, the UK NICE guidelines mention a form of PEMF therapy as a recognised treatment for depression. The therapy aims to stimulate specific regions of the cerebral cortex by using a magnetic field generated by an electromagnet placed over the skull to induce electric currents2.

One of the most recent studies by Danish scientists published their results in Acta Neuropsychiatrica; 65 people with seemingly untreatable depression were given Trans-cranial PEMF (T-PEMF) for a period of eight weeks (they also continued taking their regular anti-depressant medication)3.

At the end of the trial, the 34 people who received one dose a day showed a 73% improvement in their wellbeing; the 31 others who had two improved by 67%3.

One patient, Annemette Øvlisen, a graphic artist who suffered recurrent depression for 16 years, was amazed. “It’s like the fog lifts. It was as though somebody hit the reset button,” she says3. 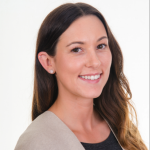